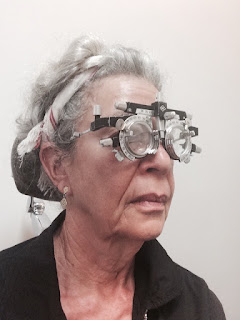 This very special evening of film and performance by Deborah Hay will include Hay’s hour-long performative talk, reorganizing myself, and a screening of Turn Your F*^king Head (2012), an hour-long documentary made by British filmmaker Becky Edmunds, about Hay’s final Solo Performance Commissioning Project at the Findhorn Community Foundation, near Inverness, Scotland.

“What my body can do is limited,” writes Hay. “This is not a bad thing because how I choreograph frees me from those limitations. Writing is then how I reframe and understand the body through my choreography.” Inreorganizing myself Hay attempts to convey this process live.

“I hope that [Turn Your F*^king Head] will be seen by artists around the world because it is not only an educational tool that proposes an alternative way of creating dance material, but it also manages to encompass the trajectory of the postmodern dance world of the past forty years.” –Anne Bogart (Columbia University and Artistic Director of SITI Company)

With a poetic certainty, Becky Edmunds follows the process by which Hay transmits and coaches the same solo dance to 20 dancer/choreographers from 11 different countries, during 10 consecutive days.

Hay’s 4th book, Using the Sky, and the DVD Turn your F*^king Head will be for sale at this event.