Turn Your F*^king Head, produced and distributed by Routledge, July 31, 2015

Turn Your F*^king Head is an hour documentary made in 2012 by British filmmaker Becky Edmunds, about Deborah Hay's last Solo Performance Commissioning Project at the Findhorn Community Foundation, near Inverness, Scotland. With a poetic certainty Edmunds follows the process by which Hay transmits and coaches the same solo dance to 20 individuals dancer/choreographers, from 11 different countries, during 10 consecutive days.

"I hope that the film will be seen by artists around the world because it is not only an educational tool that proposes an alternative way of creating dance material, but it also manages to encompass the trajectory of the postmodern dance world of the past forty years."   Anne Bogart (Columbia University and Artistic Director of SITI Company)

The Gill Clarke Resources Fund was set up with the advance on the sales of Turn Your F^*king Head, a DVD resource about Deborah Hay’s Solo Performance Commissioning Project. It is named for Gill Clarke, one of the key artists who developed Independent Dance into the organization it is today in London, England. The fund is supported in part through the royalties from the sales of this DVD. The Gill Clarke Resource Fund provides dance artists with limited means to acquire books, journals, DVDs, or music for their professional development and research.
Routledge DVD Package:
The DVD includes the documentary, and is accompanied by a booklet with two specially commissioned essays by Susan Foster, Bojana Bauer and Myrto Katsiki, and a personal letter from Deborah Hay to Gill Clarke.  It reveals the discernment, humor, inquiry, and humility of one of the most respected and original dance artists of our time.

The film is currently included in the Routledge Performance Archive.   For further information and to purchase 'Turn Your F^*king Head’ please click on the following link:  http://www.routledge.com/books/details/9781138783768/ 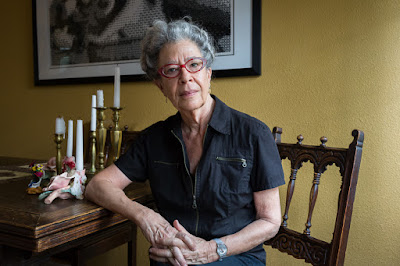 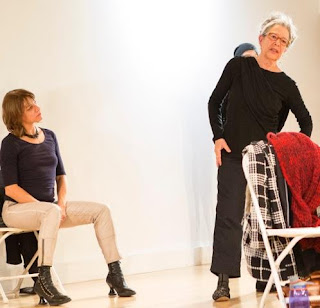 The following links will open a separate page on flickr's website. All images are protected by copyright and permission is needed to download and use any of them. Proper credit is required on publications. Please contact Rino Pizzi at rinopizzi@mac.com if you have any questions.

A Four-Cornered Asylum With Solos Inside
By Jennifer Dunning,
The New York Times February 13, 2004

Frenchies II-Deborah Hay.
Blog the Board

A Mad Scientist of Dance Plays in the Lab
By Claudia La Rocco
The New York Times | Arts and Leisure January 20, 2006
https://www.nytimes.com/2006/01/22/arts/dance/a-mad-scientist-of-dance-plays-in-the-lab.html

In the Sanctuary
By Nancy Dalva
Danceviewtimes | February 13, 2006

No Time to Fly

No Time Like The Present
By Robert Faires
The Austin Chronicle
April 2, 2010