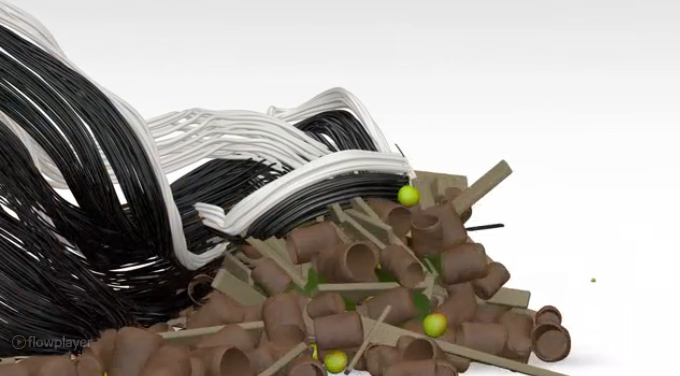 USING THE SKY (2013)
An exploration of Deborah Hay's solo 'No Time To Fly' by Motion Bank.

DEBORAH HAY WAS THE FIRST GUEST CHOREOGRAPHER TO START WORK WITH MOTION BANK.

Her score project is based on her existing solo 'No Time to Fly' (2010). In early 2011, the performers Jeanine Durning, Juliette Mapp and Ros Warby were each invited to adapt this score -- first as an individual solo and then into a new trio entitled 'As Holy Sites Go' that was performed in October 2012 at The Frankfurt Lab.

Deborah Hay's written score 'No Time to Fly' was given to Jeanine Durning, Juliette Mapp and Ros Warby to create their own solo adaptations. Each adaptation was recorded seven times.

USING THE SKY holds material developed by approaching Deborah Hay's work from three main directions. One direction was analytic, based on data collected from as many performance recordings as possible. Another was intuitive, an artistic response to what was learned about Deborah's process. The third direction is based on interviews focused on concepts and insights.